How To Choose Between Skylights And Sun Tunnels

Home / How To Choose Between Skylights And Sun Tunnels 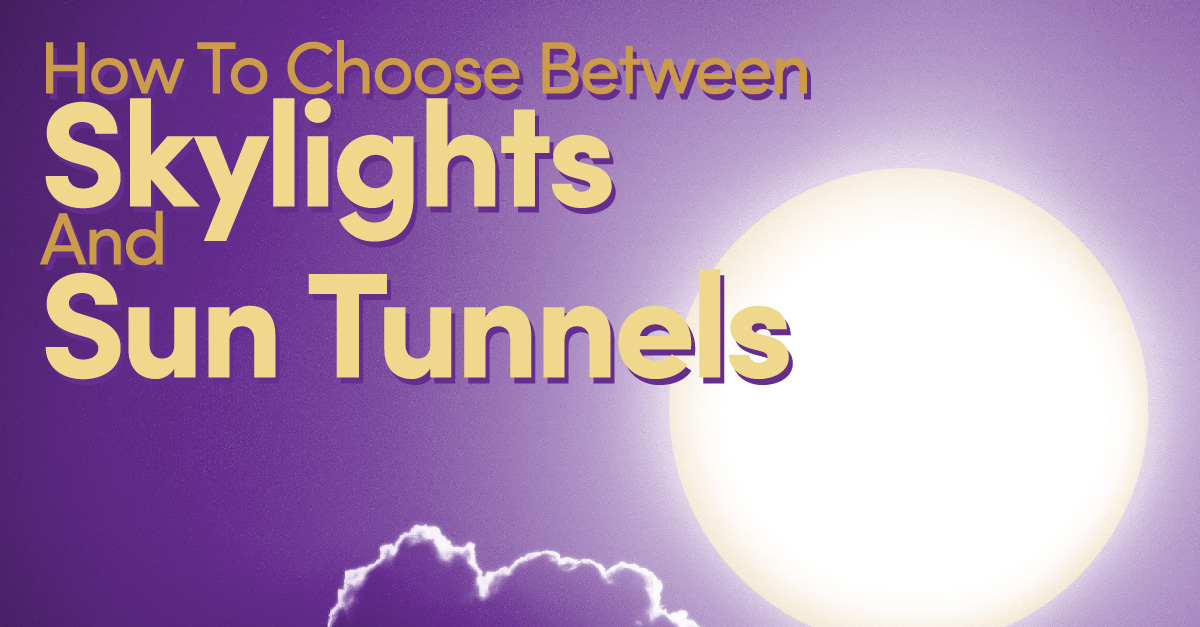 Skylights and sun tunnels allow natural light into any part of your home. But, which one is better for your home? Let’s learn a bit about each and which one works best in different situations.

Let’s Start with a Skylight

A skylight is a window installed into the roof. It can be a fixed pane which doesn’t open or it can be operable to allow air to flow in. The light cascades into the room below.

Modern skylights are energy efficient and less likely to leak than older models. Operable skylights open and close with the touch of a remote button or the use of a manual crank. Blinds are often installed with the skylight to allow for better light control.

Installing a skylight involves adding framing to support the structure. It also requires cutting holes in the ceiling and weatherproofing the exterior installation. It tends to be more expensive than a sun tunnel to install.

How About a Sky Tunnel?

A sky tunnel, also known as a solar tube, is a sheet metal tube with a highly polished surface inside. On the roof, it has a plastic globe which allows light to enter the tube. The other end of the tube attaches to a diffuser, which spreads the light inside the room below.

Sun tunnels do not open and close for ventilation. But, they are easily installed into rooms where a skylight installation isn’t workable or would be too costly. They are often used in closets, bathrooms, and laundry rooms.

The globe on the roof takes up very little space and requires minimal framing to support it. The small opening on the roof and on the ceiling minimizes heat transference.

Which Is Better: Skylights or Sun Tunnels?

Neither is better than the other. Both offer the ability to bring natural light into the home, especially to spaces which have no windows. The differences between them make both good choices in different applications. For example, for larger rooms with plenty of ceiling space, a skylight is the better choice. In a smaller room, a sky tunnel is the better choice because it requires less ceiling space.

This only touches on the many benefits of both skylights and sun tunnels. If you have further questions, contact Highland Exteriors today. The Highland team has decades of experience. We bring light into homes throughout Dufferin County and surrounding areas.

Posted in Blog, Skylight | No Comments »